It’s not the bleeding dark that’s resting in your eyes, it’s the way you say I’ll never break away these ties. Your hook, and the cadence that you took.

Look. Now I begin cry as your hand runs up my thigh.

You lean in to bare and clothes begin to tear. So I stare; at the cracks between the paper, those scratches on the wall. Your fever brings out the worst in people; not me. I’m the quiet little pet that won’t let a person see; your real eyes. And fear is his name, a crow that watches us. All I see is us. Through the window. Through my crow’s eyes. The window starts to haze, as you go and have your way.

Only the red mist obscures.

This disembodied madness is how I broke away your ties. And so what?! I’m still here in your chair, with all of me to use but my mind is in a place you could never abuse.

Cornhusking the dog,
It pauses,
Before sipping it’s grog,
A mixture of fermented oils from frogs.

A salesmen at start,
A sick fuck at heart,
Clyde shapens his pitch,
And my lips; how they part.

Wide an’ oh so wallow,
Like this neck in a noose,
He sells me his product,
As my hands won’t come loose.

The bonds o’ his trade,
Le willow of wisp,
A fragment; no spade,
Of hell and its bliss.

Behind me he walks,
Continues his talks,
And slithers his husk around my kin.

Making me watch,
He delivers his thoughts,
Oh; how do the knives even talk?
And;
“The darkness always wins.” 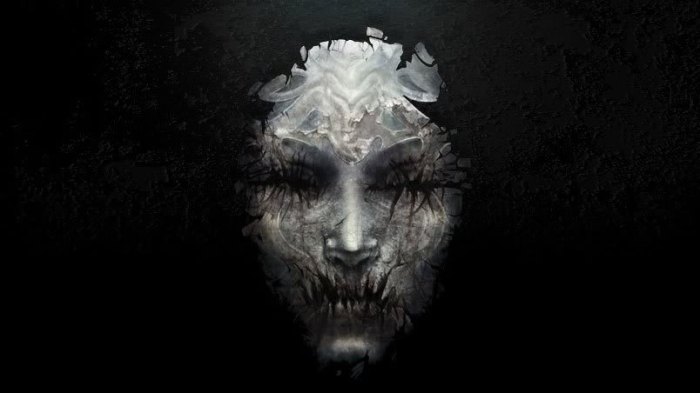 The way I am with you,
No excuse could do,
For why I never left.

The way you beat our kid,
Should have broke my lid,
If that didn’t, well nothing ever did.

Just tear me asunder,
Call me your bitch,
Let your friends know I’m worthless,
A stone-cold witch,
So you can feel something,
Let ignorance be bliss?

I could have run home,
Brought Martin there too,
But,
I chose to stay here,
And let you do me,
In.

The backstroke was vicious,
The words; they were cruel,
I should have saw it coming,
That day in our zoo.

A broken dormant wolf,
Snarling over the years,
My mom saw it coming,
So you cut off my ears.
Whispering a sweet poison,
I only ever believed,
Because I was too broken,
To just fucking see.

This is technically the fourth chapter due to the three prologue chapters before this, and I’d recommend reading them before jumping in.

I should start off by noting that this novel is about recovery, overcoming a horrible and unfair situation. There are heavy mystery, drama, and horror elements throughout. This chapters is one of the reasons I’ve waited so long to start posting “Finding Happy” sections. I really wanted to make sure I understood every bit of what I wrote, and that I did it in a way that accurately reflected this terrible thing that real people go through every day in America.

This is an extremely dark chapter that introduces one of the primary conflicts of the novel. It is uncomfortable and is intended for a mature audience. This was very hard to write as an author who cares deeply for the character they have created. It made me feel sick. I used an allegorical method here where Casey fades in and out of consciousness due to the drugs. The scenes in the dream are analogies for the hell she endures. In this regard much of the graphic nature inherent to “date-rape” is not explicitly described, but there are waking bits that can only be described as cruel. It’s a bit of an extreme contrast to the happy and hopeful tones of the first few sections, and is well within the veins of the psychological terror/horror genre.

Casey faded in and out of a half-reality. Who’s moving me…It’s so cold–

Casey stood on her grandmother’s porch, looking out over the dead cornfield, shivering. A storm was approaching, uncanny for a Colorado winter, to see so much lightning against snow. Thinking aloud, Casey said, “I always thought that you needed rain for lightening. Snow is so dry, in comparison.”

–The rug…It burns. I can’t move. Why is it so dark. Where is everyone. She tried to scream, only managing to part her fragile jaw an inch before fading into oblivion­–

–Ugh. I’m floating…No someone’s carrying me. Casey felt a dull and winded pain as she was dropped onto a soft surface. Too dark to see–

Thunder roared as the storm converged on the farm-house from all directions. “How is that possible? It’s just a storm. A break from the bitter and dry winter-air. That’s all it was supposed to be, just something new, I didn’t ask for this!”

–Don’t touch me…no! Casey was paralyzed as the darkness was interrupted by the light of a smartphone. Whoever was there waved it back forth, as if to mock Casey’s listless form. What do you want? What did you do to me? Her eye’s silently streamed tears as the stranger began to touch her. This is a nightmare…Wake up! Casey made a small grunt in a pointless attempt to scream. The stranger laughed, stood back, and fiddled with the phone. Suddenly, he arced the phone behind his head, allowing the screen to illuminate his masked face, showcasing Casey’s vulnerability. He’s taking a selfie…

The man turned and muttered something inaudible. There are more? The man held out the phone, and a tendril from the darkness accepted it, held it up, and laughed cruelly. A few seconds later, the phones flash illuminated Casey’s pale and limp body. Please don’t film it…What did I do to deserve this…I…I can’t–

Casey ran upstairs, calling out, “Mom! Where are you!?” At the top of the stairs she hung right and crashed through the first door. “I’m so sorry. I didn’t mean to lie! Please, mom help me! Where are you?” The room was empty, decrepitate and decomposed. Her old bed, the one she’d always slept in while visiting her grandparents was cracked, desecrated with something…something evil. The sill where her Nana would lean, reading her Mr. Toad stories. That warmth was gone, shattered, like a black mirror seeking a comfort it will never reclaim–

–The man was on top of her, his considerable weight suffocating her in silence. He sloppily kissed her lifeless lips while violating her chest with his disgusting intentions. Dead tears rolled down her chemically-frozen cheeks. Stop. Matt, where are you? I need you, Matt. He rolled off her, snickering, and said, “This will teach you to be an uppity bitch and embarrass me in front of my friends, whore.” He grabbed her still-damp track shorts and pulled them off, exposing her panties. “Man, it’s like you weren’t even trying to get Matt to fuck you! Worst. Lingerie. I’ve seen. Better fix that.” Coward. Gutless coward. I’ll kill you if I ever find out who you are. I will kill you. Callously, he tore her panties off and began to roughly finger her. Casey’s anger ignited as the sharp pain radiated from her groin to her intestine. I promise, I will kil–

Before Casey could reach the second room, the storm blew a hole in the roof. The now-red tempest solidified into a necrotic hand, fingered lesions splicing in and out of its dynamic skin. Casey backed away, consumed by anxiety, terror, and regret.

–Just think of the good times. Dissociate. Focus on your friends, Mom, that time you won the science fair, anything besides this. The masked man had started to rape her, she didn’t know when or how long it had been. What she did know, is that it hurt. He panted with a disgusting vigor as he penetrated her, stole from her with each passing second, blood acting as the only lubricant. “Take it whore, this it what you get for being a cunt! That’s all you are, trash, a sperm-dumpster. Better that you learn that now. You ain’t going nowhere, you jus’ act all smart and shit. You ain’t nothing but a filthy cunt.” The man recording with the smartphone laughed at his compatriot’s cruelty. You too, I’ll find you. You think you’re strong, but you’re wea–

The hand emit a thundering wave of force, tearing Casey’s childhood home, her life, to shreds. Disparaged everything she’d been taught to believe. Consumed her purity, her freedom, her choice. With an electrical explosion, Casey was flung through the window’s glass and out near the long-dead cornfield. An icy-pain spread as her broken and shattered bones sent SOS to her brain. She tried to move, but couldn’t, and the world she knew, ended.